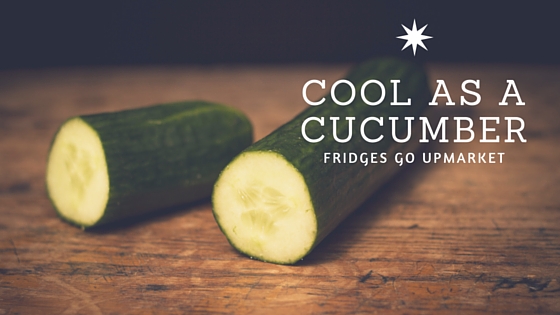 Cool as a (very expensive) cucumber

“How much does a kitchen renovation cost?” is a question that JD hears pretty frequently. And the answer, as with many things in building is, “it depends.” It depends on how much you want to spend – do you want a flat pack kitchen or custom joinery? Do you want a laminate benchtop or natural stone? Do you want European appliances or are you happy with cheaper, Chinese-made varieties? And these days, there’s really no end of things to spend your money on in kitchens – steam ovens, warming drawers, built-in coffee machines and very, very expensive fridges.

About 800,000 fridges are sold in Australia every year, and the majority of those cost between $2500 and $3000. Which sounds pretty reasonable to me. For that price, you get a fridge that keeps stuff cold, it might have a water dispenser on it and it’s probably stainless steel (the most popular option these days).

However, there’s a small but growing sector of the market who are happy to purchase fridges that cost $35,000 and up. $40,000 will get you a pretty decent kitchen renovation, so spending $35,000 on a fridge alone is a pretty bold move. What do you get for that kind of money? Well, according to Sub Zero’s literature, it’s not so much a fridge as it is a food preservation system. Using technology developed by NASA, Sub Zero fridges claim to keep fresh produce fresh for up to two weeks longer and also remove much of the gas that causes ripening from the air within the fridge.

These masters of refrigeration are manufactured in the USA, engineered to within a thousandth of an inch and subjected to testing that would put a Navy SEAL to shame before being released into an eager consumer’s kitchen.

I have absolutely no doubt that they are fabulous fridges and in fact we have had a couple of customers install them in kitchens we have built. I’m a big believer in people being able to spend money on whatever they want but (you knew that was coming) I can’t help pulling my Judgey McJudgerson pants on when it comes to a $35-40,000 fridge. I’m just not sure that I could justify it (even if I had that kind of money). It seems like an awful lot of money to spend when you can get a product that is only slightly inferior for a twentieth of the price. Of course, if you’re only other option was a Coolgardie Safe then, yes, that fridge is a great idea, but I just can’t imagine that it’s 20 times as good as the standard Aussie kitchen fridge.

I think we can safely say that fridges are now a status symbol.

What are your thoughts on expensive appliances? Are they worth the money? How much do you think a kitchen renovation should cost?